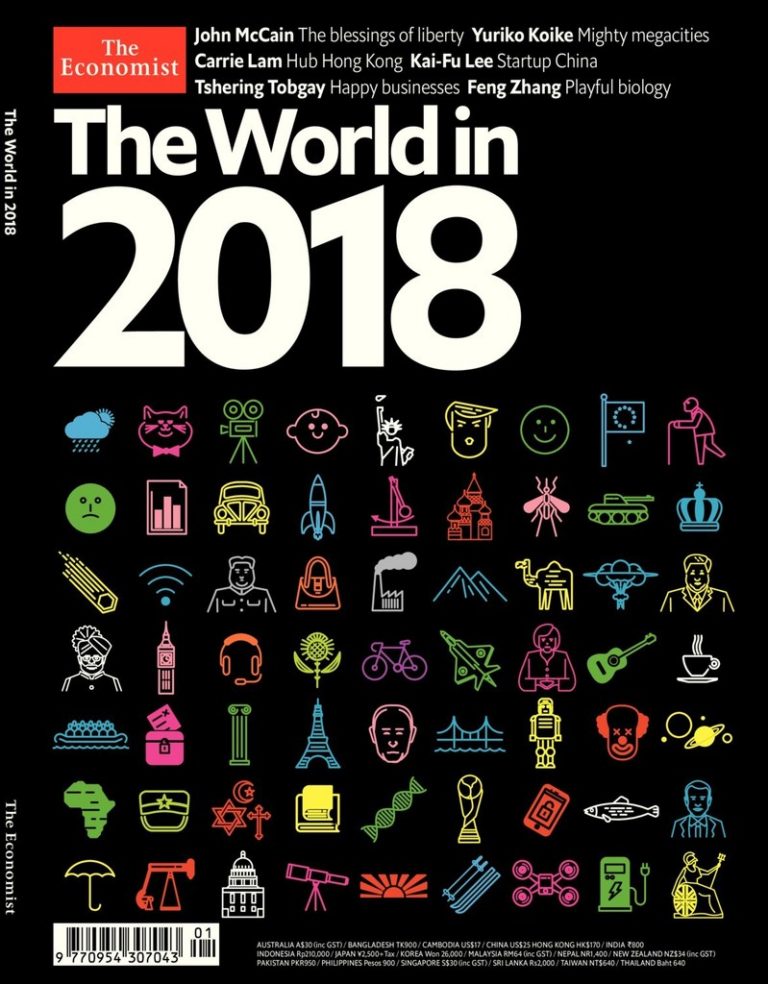 It’s back!! Our annual promotion for The Economist’s ‘World in…’

Our annual exclusive promotion in conjunction with The Economist’s World in 2018 is up and running, and once again we have FREE (worth £10.99) Pocket World in Figures books to give away with each purchase of World in 2018 (for only £9.99).

The title, now in it’s third decade, predicts that 2018 will be a nerve-jangling year as people across the world attempt to escape the tensions of politics and the frenzies of technology. But the world can also look forward to an economy growing at a respectable pace and the distraction of global events including the Winter Olympics and the World Cup.

Daniel Franklin, editor of The World in 2018, said: “It will be a critical year on many fronts, including North Korea’s nuclear challenge, the Brexit negotiations, China’s economic reforms and America’s mid-term elections as well as the presidential polls in Brazil and Mexico. We will see intriguing battles for influence, ideas and leadership.”

Get your copy today from any NEWS on the WHARF stores and don’t forget your free gift.

NEWS ON THE WHARF

News on the Wharf advertises our range of vaping products. Please confirm you are old enough to enter our website.